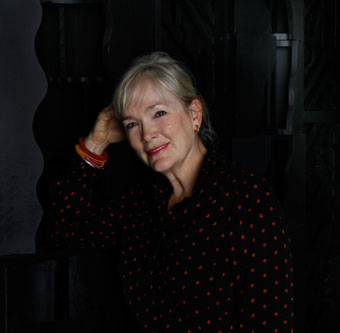 A graduate of the University of Wisconsin’s Landscape Architecture program in 1975, Sunny’s first job was with the Madison city planning office, but she soon moved east to Washington, DC, where she remains.  Her background in prairie restoration made her a natural fit as the first employee at Oehme Van Sweden.  Being interested in larger scale work, she then partnered in 1985 with Bob Mortensen, FASLA and Mark Lewis to found the firm now known as LSG.  Through those 25 years of building the firm, her practice generally centered on commercial, campus, and urban design projects.  There was always the interest in collaborative efforts with others, especially artists.

During her professional career, she remained active in local and national ASLA activities.  She served as Chapter President, co- chaired the Annual meeting when it was in Washington, and served on numerous committees and juries.  Sunny wrote articles, performed speaking engagements, taught, and always tried to raise the visibility of the profession in related organizations.  Over the years, she mentored numerous young people at various stages in their careers; she enjoys representing the profession in any forum.

After 25 years, it seemed like a good time to turn another leaf, and she retired from the firm to chair the NARAL foundation, as well as work on other boards for environmental and arts organizations she supports, such as the Potomac Conservancy, Dumbarton Oaks Park Conservancy, the National Museum of Women in the Arts, and Washington Performing Arts.  She founded the Ambassadors Council for N Street Village, a shelter that serves 80 percent of the city’s homeless women.  She still views everything through the eyes of a landscape architect.  As a board member of the NoMa BID Parks Foundation, she has helped direct the city’s investment of $50 million in acquisition and design of public space.  This included hiring eight landscape architecture firms to implement plans for these spaces and infrastructure, as well as numerous commissions for public art.  Being on the other side of the table enabled her to offer insight to why these professions offer such value in creating character for this newly evolving neighborhood.

She currently divides her time between Washington, DC and Kiawah Island, SC.  She set up painting studios in both places and can often be found on a golf course or hiking along the river.  As are we all, she patiently awaits the end of the pandemic, when we can all return to vibrant urban pleasures, such as live theater and music.  In the meanwhile, everyone has developed more appreciation for our natural world, and hopefully will continue to invest effort to preserve, enjoy and enhance these spaces.